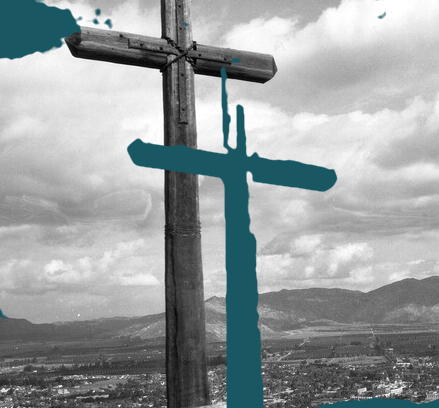 I attended a Mayor’s Prayer luncheon the other day.  I’ve attended this same luncheon before on numerous occasions.  But this year was different, the line up was the similar to years past but this year they added a worship leader.  In previous years they would play a song accompanying a video, it may have been a “worship song’ but it wasn’t worship.  I’ve always considered this event to be ecumenical because it was after all a “Mayor’s” Prayer luncheon.  But this year the chaplain was bolder than she had been in the past.  That boldness included this addition of the worship leader.

That small addition makes a lot of difference on both sides of the spiritual/cultural war.  As the worship leader was introduced he began to sing a song I was familiar with from church.  It was obvious that some of the other participants who were there were also familiar with the song.  But there were others in the room that I suspect were not familiar with the song.  My mind went immediately to them.  I found myself worrying that they might be offended by the music.  Some of them were public officials, were they allowed to be there, this is very clearly not “ecumenical” could it be shut down? The message definitely wasn’t “politically correct” but then neither was Jesus. Those were some of my thoughts, but the other thing that entered my mind wasn’t a thought but a feeling, a sense of shame or guilt that we were singing in public and that we weren’t supposed to do that!  It’s okay to PRAY in public (kinda) but when we start worshiping that’s a whole other ball game.
Then I realized something happens when God’s people worship, it moves an event from a ecumenical prayer meeting to entering into the presence of God (God inhabits the praises of his people).  God makes the difference, when we pray that’s us reaching out to God and petitioning Him for whatever is on our prayer list.  When we worship, God draws near to us and actually inhabits our praises and sometimes the area where we are gathered.
So where God is, there is going to be division Jesus said you are either for me or against me”.  For those who know him there is power and joy, for those who don’t there is going to be possibly shame and there will be a sense of not belonging.  That’s what I was thinking about when I was considering those people I know who I don’t expect know Christ.
But I also think that the “fear” I was feeling was culturally generated.  We live in a culture now and it seems like it has been on the fore front lately that we need to be “respectful” of others feelings and do our best not to offend (every little thing seems to offend these days).  I found my self worrying about being on the offending side even though I wasn’t the one doing the offending.  “Shaming” is getting such media attention these days that the sentiment seemed to have even invaded a prayer meeting put on in honor of the National Day of Prayer.
As I was pondering this experience here are a few things I learned from this worship/shame encounter as it relates to the public side of practicing my faith

I believe if I can do these three things I will be the stronger for it and have a more consistent walk in the process.